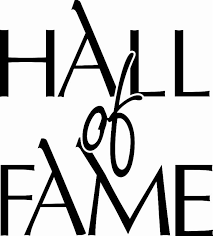 Darren Leins, a 1991 graduate, earned 9 varsity letters in football, basketball, baseball, and track. He was in the top 10 in his class; is the recipient of the Dale Patterson Sportsmanship Award; and the Critic Cup Recipient of 1991. He attended CMU and played football for four years. He earned a Bachelor Degree from CMU in 1995 in Criminal Justice.

Carrie (VanDerZee) Troyer, a 2001 graduate, earned 7 varsity letters in swimming and volleyball. She was in the top 10 in her class and secretary of the National Honors Society; the student body voted her the Homecoming Queen her senior year; and she was the band’s Drum Major. Carrie was dual enrolled in Kalamazoo College and WMU and played volleyball and swam for K-College, where she earned a degree in Forensic CPA.

Reece Bierhalter, a 2008 graduate, earned 6 varsity letters in basketball, baseball, soccer, and diving. He was an honor graduate; earned 4 Board of Education Awards; was a recipient of the Hustler Award; and received the Michigan Technology Education Award. Reece was a college All American in diving. He attended GVSU/UTA and graduated in 2013.

Please put the February 11th date on your calendar so you can celebrate with these three outstanding former athletes as they are inducted into their South Haven High School 2022 Athletic Hall of Fame.